Karl is a tutor with StageFlight.

Karl is a co-founder, actor and director with Footprint Theatre in Pambula.

Karl has made regular appearances at community events as “The Man From Snowy River” including Australia Day ceremonies, Relay for Life, Cobargo Folk Festival and the Merimbula Library as part of the National Year of Reading celebrations. 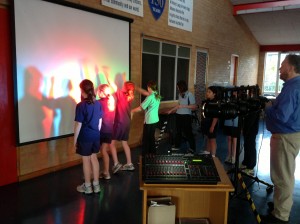 Karl’s stage lighting skills are also in demand. He has provided lighting for community theatre groups and musical events including Footprint Theatre, The Nomads, The Belles and Beaux of St Clements, Colleen’s Dance and Drama Studio.

Karl is a poet and writer and a member of The Writers of the Far South Coast.

In addition to his theatrical activities, Karl is a director of IT consulting company Nullarbor Consulting Pty Ltd and technology consultancy and training company Into6.

He holds current First Aid and Working With Children certificates.