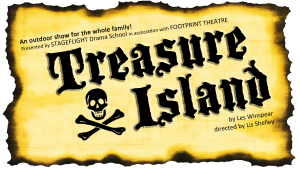 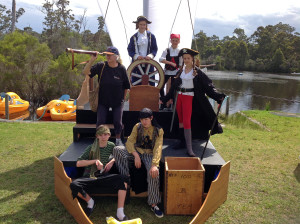 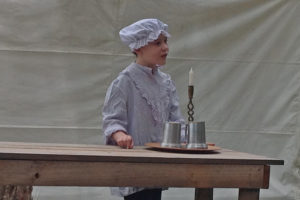 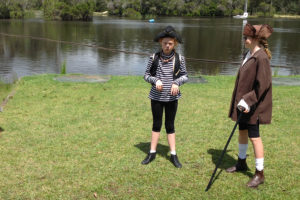 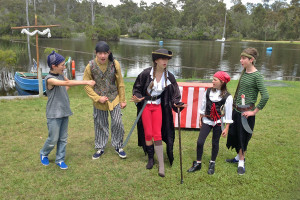 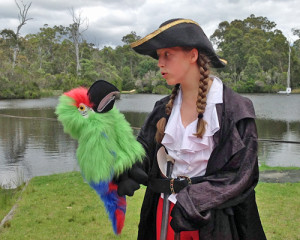 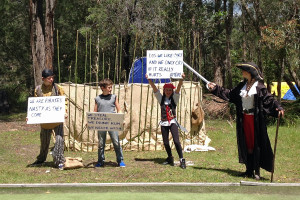 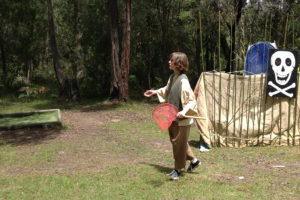 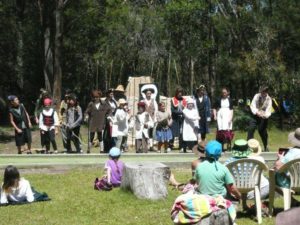 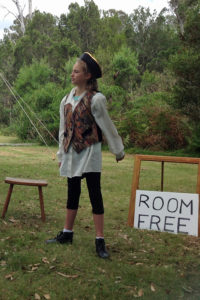 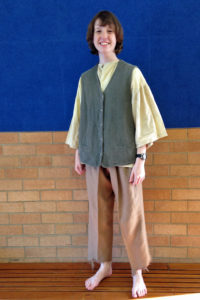 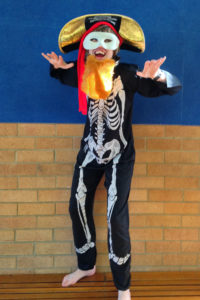 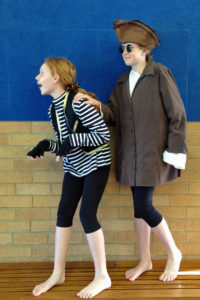 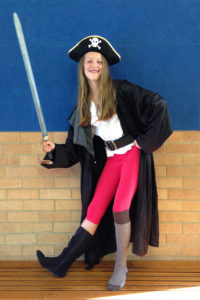 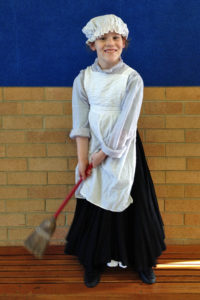 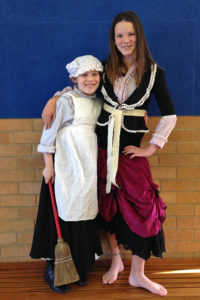 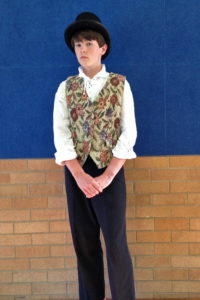 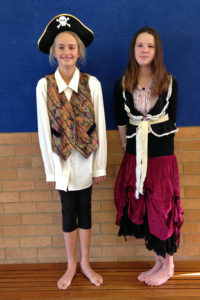 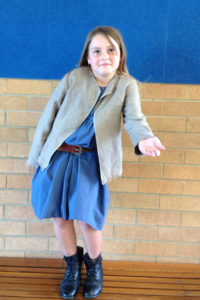 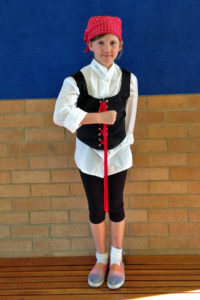 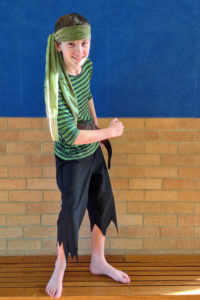 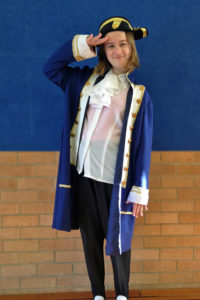 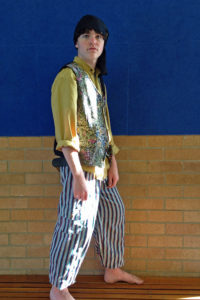 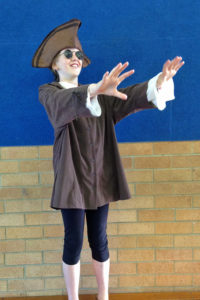 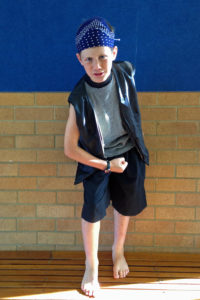 In the tradition of “The Wind in the Willows” and “Ferdinand the Bull”, director Lis Shelley is taking another family play outdoors, this time to Mandeni Family Fun Park on Sapphire Coast Drive. Audiences are invited to bring along hats and a picnic rug or cushion to sit on as they journey with the cast to three different locations to reach “Treasure Island”.

The cast of 16 actors, ranging from 8 to 15 years, have been studying drama for up to two years with StageFlight Drama School’s After School Program. Pambula’s Footprint Theatre is also supporting the production, by providing crew and mentoring the young actors.

Based on the original story by Robert Louis Stevenson, Tasmanian playwright Les Winspear has adapted this light-hearted version of the play with many tongue-in-cheek elements. The heroine of the story is Jemma (not Jim) Hawkins, an adventurous 18th century lass played by Lisa Bond. Accompanied by mild-mannered Doctor Livesey (Macklin Powell), she encounters rogue pirate Long John Silver (Jared Auer) moonlighting as a hot dog seller, and meets numerous pirates and other shady characters on her search for Treasure Island.

Audience participation is guaranteed as children and adults are invited before the show to make pirate hats and have their faces painted before becoming honorary pirates.